Finding Myself Through Losing Myself

KNQ Matchmaking / Relationship Advice  / Finding Myself Through Losing Myself
1

Finding Myself Through Losing Myself

I know it’s been some time since I have written, and I know that I was supposed to have written something on the first, but you may be a little surprised by what has been occupying my time.

Last summer, I began a…shall we say, “distant” relationship with a suitor. Shawn was very handsome, about 30 years 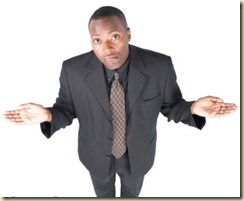 of age, with a nice disposition, and was very comfortable with my slight and reserved femininity. I thought we were getting along fairly well, and despite the fact that although he had spent the night with me numerous time, we never did anything. Seriously…when I tell you I didn’t get so much as a hi-five from this boy… (sigh). In any event, we dated for a few months before he completely went AWOL on me. I mean, it’s a good thing I don’t have abandonment issues, or else I’d need to be on somebody’s couch for hours of my time, not to mention the hundreds of dollars I’d be paying them for the privilege!

So, I had kinda moved on, until he finally hit me up towards the beginning of this summer. I decided to give him another chance because I really liked him. Besides, nobody else viable was occupying my time, …or asking for the opportunity! This time around, he invited me to his place, and we had this long drawn out discussion about what happened, and his feelings, and what led to a complete unspoken withdrawal. Wine was involved, but despite a visit that lasted until 6:00AM, again…nothing happened. It was just as it had always been…

After a while of trying to reconnect, I began wondering what was stopping us from making anything official. I wasn’t trying to pick out bridal tuxes, but at the same time, I was ready to devote more and more time to him to foster something, and it didn’t seem like those efforts were being matched, in my humble opinion. 🙂 I had asked him about that, and he responded by telling me that we should be taking things slowly and not rush into anything. I also was feeling like there was no compromise…certainly with regard to issues that are very black-and-white. For example, as far as the labels…either we have them, or we don’t. (boyfriends, potentials, suitors, etc.) Either we are “just friends,” or we’re “something more.” I just wanted to know what exactly was going on in his head, and his lack of explanation made things very difficult.

In the most recent weeks, discussions about a broken car, a new house that he had just bought, and a new job transition, in addition to his relatively recent 30th birthday, led me to believe that I was the final piece of that puzzle. Yet, somehow I sensed that he felt that the picture might be just as satisfying, sans the final piece.

Quick sidebar: I read a very interesting article about “emerging adulthood” as a new stage of life, similar to the recognition and adoption of “adolescence” in the 1970’s. The article discussed how a large majority of 20yos feel like they aren’t quite “adults” by the same sense in which they regard their parents. The author goes on to explain that what makes us 20yos cross that threshold is the accomplishment of five “milestones” which were:

The author makes the point that these days, more and more people are using their 20’s to make decisions regarding these five items, and certainly they become more frantic in their need for completion (in one form or another), and the accompanying security as they reach the age of 30.

In my mind, I felt that the only reason he was trying to get me to be a part of his life was because he had turned 30, and much to his chagrin, I was the best of what he had found…although I wasn’t what he ultimately wanted. So, in essence, he was settling. …and I’m nobody’s silver medal!!

That revelation helped me to better deal with the demise of this relationship. I think he could be a really nice guy for someone else. With all of the discussions that I had had with him, I just felt stifled in my growth with him because I felt like I was constantly walking on eggshells with him. I was scared to ask him for what I wanted after a while for fear of being made to feel like I was rushing him into something he wasn’t sure about.

Maybe I will someday delve into more of the specifics when I am trying to make other points regarding relationships, but I just wanted my readers to know where I’ve been, and that the dream is NOT dead! KNQ is something I could see myself working on tirelessly until it comes to complete fruition. I want to find someone for ALL of us. We ALL deserve to be happy! Even Shawn…

Finally, I would like to leave you with a song that helped me get past the hurt I felt when I realized Shawn would not be someone I might someday marry… Here is Karyn White (Yes, I took it back to 1986…what of it?) echoing my sentiments about men like Shawn, which are that I’d Rather Be Alone. Listen…