You’re Out of Order!!

You’re Out of Order!!

A few days ago, I met a guy online [We’ll call him “Rob”], and things were fine initially, as they usually are. We’re chatting. I find out that he is a front desk attendant at a hotel. He 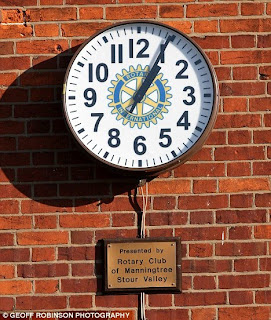 This morning, I got up and started talking to him online again. He had been really excited to get to know me since the first message he sent me. Conversation resumes, and he suggests that we go to lunch. I was completely fine with the idea. Besides, it’s just lunch, right? So, I start to ask him a few more relative questions like where he lives and what he would like to eat. He tells me he lives about one street over, and for lunch, he can eat anything. …but right before I suggested a place, he tells me that he has something to ask me. I agree, having no reason to object. Then, he asked me…

My ears almost bled from the screeching of the tires. Really?! Did you just ask me that?

For those of you who think I’m making a big deal of nothing, I’ll try to analogize it with the example of asking the salary when you are on the first job interview. While this may need to be “need to know” information, there is a progression to these types of “sensitive” topics. Similar to the employer not hiring because they feel you are only after the money (not the professional development), a date may think you are only after sex (not the possible plutonic or romantic developments). In short, it’s a complete turn-off (for more people than you think).

I gave a very evasive answer, which he misread anyway. After I helped him understand the ambiguity of my answer, I stopped responding so enthusiastically, until the conversation itself died entirely.

Now, there is a basic principle here that I am trying to illustrate regarding a very debatable concept. The salary analogy should suffice, but I am trying to relate this to us, dating, and more importantly, KNQ. In any relationship, there are certainly things that you may find it “essential” to know about your prospective boyfriend before you go purchasing real estate together. However, as you can see by the clock in this post, if the order is transposed, you make things confusing for everyone.

In a related story, in my original business model for Kings ‘N’ Queens, I was talking with two of my co-workers back when I worked for a tuxedo shop. Now, originally, when I told them of the idea of the speed dating and the subsequent consultations for my clients. They asked me about the setup of the speed dating, given that our straight counterparts don’t have to wonder who sits on which side of the table. One was a strict top; the other was a bottom. They were both very adamant about ensuring that the men seated across from them were strict bottoms and tops, respectively. My main counter argument was this example: “How many times have you seen ‘I’m a top, but I’ll bottom for the right person…’ on a profile?” So, in a situation like a KNQ Quick Draw (Speed Date), designed to find you that “right person,” why be restricted to one side of the table?

My original solution to this conundrum was to design two types of Quick Draws…one for the men whose positions are “fixed,” and the other for those whose positions are more “variable.” However, this caused quite a stir from person-to-person when I asked about this idea. It signified that KNQ would be responsible for asking that information, and gave an underlying current of being perceived as some sort of hookup venue. Never mind all of the men who don’t know yet, don’t participate in penetrative sex, or even (wait for it)… those who are looking for MORE! While I think it’s insane to pay fifty bucks just to come and try to pick up some boy-toy for the weekend, I know people have gone to much greater lengths. As you can see, this advice is something even I need to keep in mind.

For those of you who claim to be looking for more, (and consequently want other men to believe that), remember: You should not ask any questions about sex until it’s highly likely that sex is the next step. Show a little restraint! Besides, (with minimal effort and within a slight margin of error), usually we can tell just by the feeling who would end up where, right? It wouldn’t take too much to at least wait until after the first date. (My own personal rule is between dates 3 – 5, depending on vibe, but that’s for me and MY men… you should find your own rhythm! 🙂 )

My point is this: There’s a time and a place for everything, and frankly:

Dinner is neither to be discussing “dessert.”

I know it can be difficult because it can be a bit of a turn off sometimes when you incorrectly guess another’s guy position…but maybe Missy, Beyoncé, Free, and MC Lyte can keep you on the track to love by Fighting Temptation…