You Need To Go To School For This!

KNQ Matchmaking / KNQ  / You Need To Go To School For This!
0

You Need To Go To School For This! 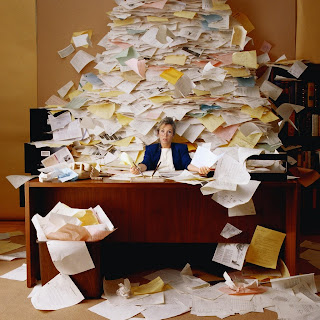 Recently, I have just been ridiculously swamped with trying to organize KNQ so that I can finally start making some real social change in this town. So, I’ve still been reading tirelessly on Erica, and talking with a whole bunch of folks, including my friends, family, and even strangers, interrogating them for all they know regarding how to start a business, especially the formalities surrounding state and federal registration, accounting, and the more intermediate (and in some cases, advanced) topics surrounding business formation.

A few hours ago, I got an Employer Identification Number for KNQ. I know to some people that may seem like such a minor thing, but to me, it signifies the first concrete thing I can say I have done on the road to making KNQ a reality. However, even though the questions they asked were ridiculously simple (name of business, proposed address, type of business, etc.), dealing with these things has made me realize just how much I don’t know about business and all of the extra things that seem to come with it. I am doing my absolute best to not make KNQ look like some kind of slip-shot, sleazy, fly-by-night “side hustle,” but I think maybe people who pursue those kind of operations might have it made in the shade with a glass of lemonade!

Also, in the last couple of weeks, I have somehow obtained a team of folks who can at least help me temporarily. I can tell it’s at least a labor of love. My best friend, whom I call “my wife,” Elan, was an accounting major. I completely need her help right now, and she doesn’t know how vital this is to me and the startup of KNQ. Understanding the difference between an income sheet, a balance sheet, a cash flow statement, and a profit/loss statement is tragically, I’d be willing to bet, much easier to understand than it’s made to be. I guess this is why people get Bachelor degrees in accounting. Maybe I need Accounting for Dummies?

Speaking of dummies, I also need to really be able to analyze which form of business is best for me. I certainly believe I am intelligent enough to figure this stuff out on my own. I just wish I could trust the sources I read, and felt like I had enough time to sit and read and make an informed decision. I am feeling rushed, and now that I think about it, I’m not entirely sure why. Maybe it’s that I’ve been talking for KNQ for about three years now, and I feel like I have something to prove. First, that I am not (nor was I ever) crazy in believing that this could happen. Also, that my best days are in fact not behind me. A distant third, is to prove to my potential and future clients that I do know what I am talking about. Maybe I should have my own reality show on MTV or VH1 or Bravo. BET is too hood and homophobic for me. Yeah, I said it!

In reality, though, I have been working nonstop on this business plan for at least this last week, and I was able to complete many of the more basic sections with relative ease. I think because it mostly took imagination, creativity, and maybe it was a bit subjective. Essentially, I had to put into words what was in my head. That was the easy stuff, like the name of the company, how it works, why my clients would choose me over the competition. Now, though, I’m trying to make sense of the more factual information, and this stuff is for the birds. Right now, it’s four major sections that are the largest and most difficult parts of the construction of the business plan:

I knew I would need a license to operate in my full capacity, but maybe aside from the original business license itself, I thought that might be all I might need, but in looking at all of the things I have to consider, including the levels on which I’m operating, I’m beginning to think that I have to have one for county, state, and one that just says that KNQ exists.

Having insurance was something I completely overlooked. I mean, I probably would’ve bought real estate insurance against fire, theft, and the like, but it never crossed my mind that I would have to arrange for so many other kinds of insurance, including liability and worker’s compensation. Certainly, I realize the importance of having insurance, but right now, immediately, all I see are dollar signs…

What I can say about licenses and insurance is that, at least they are just bought, even if it’s expensive, a lot to buy, or both. These last two are the most difficult part of KNQ, hands down!!

In the case of KNQ, both marketing and accounting require a lot of concrete fantasy. By that I mean, whomever decides to peruse my business plan will need to be convinced of two things: 1) The people who need and can use KNQ exist, and 2) KNQ will be profitable. I have to try to compose charts and graphs based on existential demographics to prove both. Talk about impossible… I mean, if KNQ is designed for Black, gay men who are looking for a long-term relationship, how am I supposed to be able to document the actual or perceived or assumed number of gay people in any area,…even Atlanta? Especially if I’m sectioning off just the men…and the Black men at that? After all, the census only includes the people they ask, and the ones who admit it on paper! So, never mind the folks like me who don’t get asked, or the people who don’t respond, or the multitude of men who claim to be private, or DL men (they are working against the cause, but that’s another story…), or the ones fresh from county or the state penitentiary. How am I supposed to account for even an assumed percentage of them?

…and because I can’t explain the existence of my demographic, it’s even MORE difficult to explain how I can make sure that these people that I can’t prove exist will pay me money to find other people that don’t exist. So, not only does this require an insane amount of research, but that of course means more time, and possibly money to try to sustain myself until KNQ really has a chance at taking off and becoming the business I know it can be.

There is a tugging at my soul to just give up and go be a manager at Burger King or something,…not that I am the killer of weathergirl dreams. I just mean, this seems like quite a bit of work for more reasons than other people face who just wanna start something more universal, like a salon or a restaurant or a bank or something. I’m just tired of the complaints, and I’m tired of my friends and I singing the same ol’ song. Which song? Ask Chanté Moore, Toni Braxton, Anita Baker, Mya, Alicia Keys, or even (maybe especially) Beyoncé.

If not me, who? If not now, when? I need a little bit of inspiration after such a daunting revelation. Please remind me, Chanté, that This Moment Is Mine.