This Journey of 1,000 Miles Begins With A Single Post

KNQ Matchmaking / KNQ  / This Journey of 1,000 Miles Begins With A Single Post
0

This Journey of 1,000 Miles Begins With A Single Post 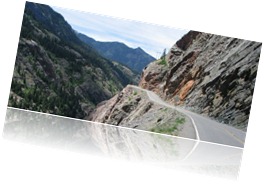 My name is Steven Austin, and I am a 25-year-old native of Atlanta, Georgia. I have identified as gay since I was in the 9th grade, back in 1998. I have been searching for a husband since that time. Although I have never lived in another American city, I have had a chance to meet Black, gay men from all over the United States because many of them have moved to Atlanta (in small or large part) for the same reason I have yet to leave: finding a permanent relationship with another loving man of color, such as ourselves.

Ever since I can remember, I have always been interested in the mediums through which humans communicate, both verbal and non-verbal. That interest has led me to learn and become fluent in English, Spanish, Japanese, and Chinese. I have also become heavily interested in the dynamics of gay male relationships, especially those within the African-American community, given our mental and social conditions surrounding the definition and subsequent branding of our sexuality, both within ourselves and our reception by others.

I have been talking about starting Kings ‘N’ Queens for almost two years now. I have been speaking to many of my family and friends about their opinions and beliefs regarding my success in running a matchmaking firm for Black gay men. The responses have been encouraging. So, I have continued to research this venture to make absolutely sure that I indeed want to begin this journey that could change my life, and the lives of countless others. I have read a lot from Erica, and many of the subsequent articles and comments from visitors to her site. While I was reading her posts yesterday, a friend of mine with whom I was chatting asked me what got me so interested in this idea.

I said, “Well, I’ve always been interested in the way in which people communicate. Not to mention, the reasons for which people ostracize and demonize gay people. So, I figured that most of the reason is because straight folks see us as deviant…and from the looks of any gay pride parade, it’s no wonder. My goal is to help us be seen as just as regular as anyone else by sustaining more permanent relationships with like-minded individuals. I intend to do that through a series of seminars and "dating games" where clients will have the chance to put my consultations into practice.”

Many things have happened in my life to deter me from starting this business, but recent events have led me to make a huge decision. Last week, I lost my job as a middle school Spanish teacher. As you might expect, so many people have been wondering about me, and immediately I was a bit depressed, but when I thought about it, I think God, fate, the cosmos, or whatever supernatural force you believe in…was trying to tell me that that was not where I was supposed to be. I do believe God will speak to you sometimes if you are just still and listen to what’s going on.

I returned to these blogs, and came to a realization. I’ll be 26 next month. I’m single, childless, and now jobless. I know, however, that I will be getting a full check in a little over a week. I think that this is the perfect time to really try to make Kings ‘N’ Queens work. I have a good $1,500 that I know I could freely invest into this business without seriously damaging my lifestyle. I know there are plenty of people reading this wondering how someone my age with my experience feels that he is in any position to be counseling countless others on the pitfalls of love and dating in the gay world. I can only answer that question by inviting those people to subscribe to my blogs, read my books when they are published, or come schedule an interview. I have much to say, and only need one hand to count the number of people who have ever told me that I DON’T know what I’m talking about!

So, now, fully convinced in both the necessity and the desire for my business, I have started this blog as the first step of this 1,000-mile journey. I’d like my blog to be a forum for people, not just Blacks, gays, or even men to dialogue surrounding our interpretations of what happiness is for gay men, and how we can find that, especially as it relates to our relationships. I have encountered too many discouraged men in this town and across the country who seem unable to build and sustain a permanent relationship with another man. They have helped me to decide to write this blog to help us all remain cognizant regarding things we should do to construct, develop and maintain these relationships we claim we desire.

If you are motivated to change the social conditioning of our brothers in an effort to help our relationships with each other (both platonic and romantic) become more fulfilling, please post a few comments so we can help each other get on the same page.

My blog is a blog designed for "black, gay male unity."

Follow me on my journey to revolutionize the conditioning of gay men in Atlanta and subsequently, the world over. I’ve got an Early A.M. Attitude. How about you?